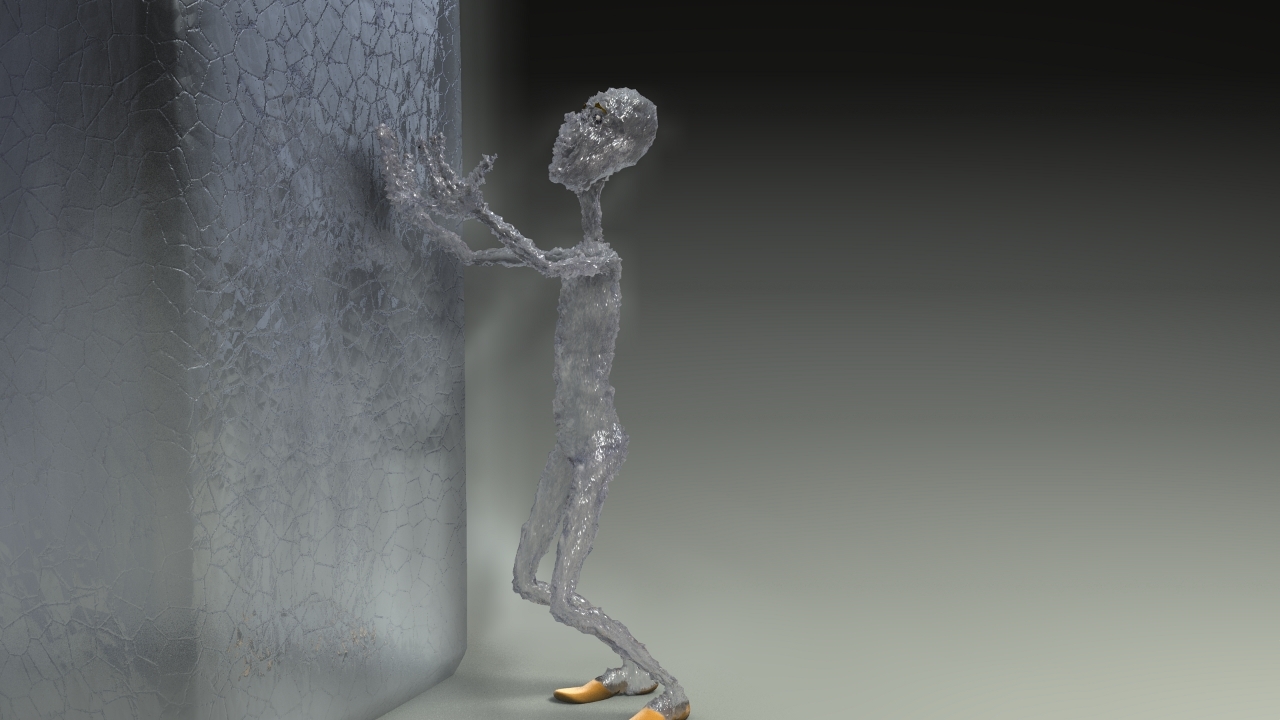 Gottfried Hofmann 21 November 2012
Miika Hämäläinen aka MiikaH is the inventor and main developer of both Dynamic Paint in Blender and he also created most of the recent improvements to the smoke simulator. BlenderDiplom talked with him about his efforts on Dynamic Paint.

BD: Where did you get the idea for Dynamic Paint?

MiikaH: I don't know if there's much of a story there, I just got the idea out of clear sky. Well, actually I was investigating ways to add wetmaps to fluid simulator and figured out that same system could be used for so much more.

BD: Did you check whether there were other implementations beforehand or did you just start out?

MiikaH: I tried to search some papers but could not find any by a quick glance. So I decided to simply use the fluid mesh to "draw" wetness on the textures. That's where I got the idea to allow actual painting, too .

BD: Did you have much input from users?

MiikaH: No, as I was the user myself back then. Dynamic paint was my first "real" Blender project. I was a big fan of all simulations and liked to play with fluid simulator, so basically I used my own experience as reference

BD: Some users freaked out about dynamic paint and are doing crazy stuff - are there any examples where you had the impression "wow - didn't think about that use-case" or "wow - never thought my system could be used like this"

MiikaH: Yes i have seen some interesting uses of dynamic paint though I consider I have quite much covered all use areas in my own demos already. Ah, now I remember one example, that ground cracking demo and tutorial that was on Blendernation a while ago. Never expected Dynamic Paint to be used like that!

MiikaH: Never seen that one, but really cool example as well.

BD: Do you have future plans for dynamic paint or do you consider the project mostly done?

MiikaH: I have a list of small improvements to do but nothing major anymore. Except "ptex" integration whenever it gets implemented to blender in the first place. Ptex would sort of merge vertex and image sequence surfaces into one high res system visible in 3d views, too.

BD: Particle System and Hair are also getting an upgrade...

MiikaH: Yeah, and I'm going to make sure dpaint works with the new system. But I don't really consider that anything new to Dynamic Paint itself, even though it will allow a variety of new effects with Dynamic Paint and Physics.

This interview was translated to German and released in the print magazine Digital Production alongside an article on Tears of Steel in Germany and Austria.